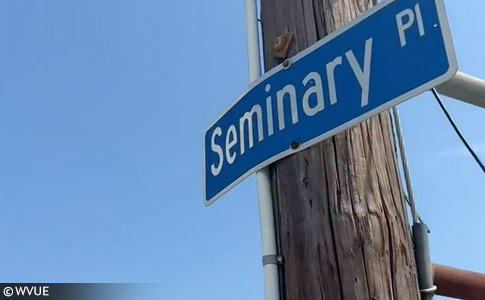 Apollo Duplantis, 1-year old, was killed by a family dog in the Gentilly Woods area.

Young Boy Killed
New Orleans, LA - A 13-month old boy is dead after being attacked by a family dog in the Gentilly Woods area Monday, New Orleans police said. The attack was reported at 6:46 pm at a residence in the 5500 block of Seminary Place. The victim was transported to a hospital for treatment by private vehicle, where he later died. On Tuesday, the child was identified as Apollo Duplantis by the parish corner. An autopsy will be conducted to determine the cause and manner of death.

Though police have not released breed information, photographs on the mother's Facebook page show a family pit bull-American bully, named "Bear." If Bear proves to be the culprit, he will be the third American bully-type dog, described as a "a natural extension of the American Pit Bull Terrier" by the UKC, involved a fatal dog mauling this year. No other major kennel club recognizes the breed, which curiously comes in four size standards: pocket, standard, classic and XL bully. 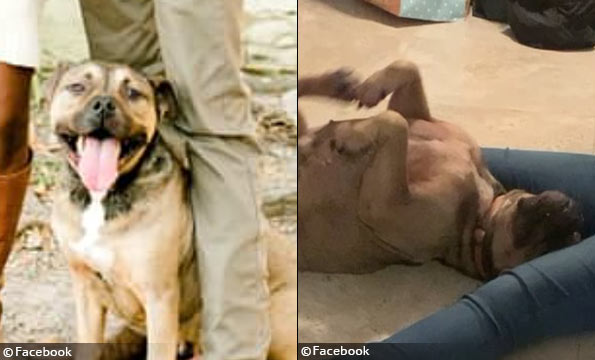 An American bully/bull breed-mix is seen on the mother of the child's Facebook page.

On Tuesday, the Louisiana SPCA issued a statement regarding the fatal dog mauling, including identifying the dog as a "mixed-breed" family dog. There is no doubt the dog is a mixed-breed, as an American bully can be comprised of at least five bully breeds, including: pit bull terrier, American bulldog, English bulldog, Old English bulldogge, Staffordshire bull terrier, French bulldog and multiple mastiff variations, such as the Neapolitan or bullmastiff, to achieve the XL size.

That said, at the very least, "Bear" is a bull breed-mix, not to be confused with 300 plus breeds that could produce a mixed-breed dog without human killing aggression, such as a border-sheltie mix (herding breeds) or a poodle-terrier mix (small toy breeds). Gladys was also unethically characterized as a "mixed-breed" after killing a volunteer at a dog rescue facility, though Gladys had ample, pit bull, mastiff and XL bully characteristics and weighed a massive 125-pounds.

At approximately 6:54 p.m. on July 11th, the Louisiana SPCA’s New Orleans Humane Law & Rescue (NOHLR) team responded to an animal attack in the 5500 block of Seminary Place. The call placed to 911 described a 13-month-old child attacked by a mixed-breed family dog and severely injured. Our officer arrived on scene where the New Orleans Police Department was present and awaited a warrant to enter the property to seize the dog while the child was transported to receive immediate medical care.

NOPD entered the yard and saw the dog attacking a NOHLR officer. At that time, a NOPD officer discharged a service weapon striking the dog and killing it. - Louisiana SPCA, July 12, 2022

Baseline reporting requirements:
Law enforcement departments across the United States should release consistent "baseline" information to the media and the public after each fatal dog mauling, including these items.
Tweet
Share75
Tweet
Share75
Donate Now