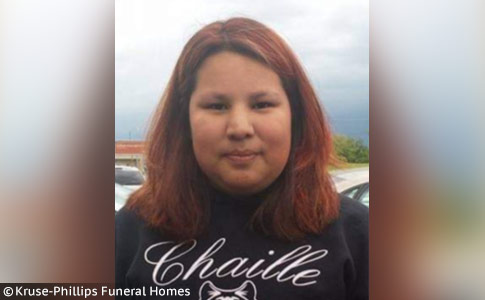 Chaille Morgan, 27-years old, was killed by a pack of dogs on the Meskwaki Settlement.

Woman Killed by Dogs
Tama County, IA - On Monday, the Meskwaki Nation Police Department published a post on Facebook alerting citizens to a fatal dog attack. In "all kaps," the notice states, "There was a vicious dog attack this afternoon by a large pack of dogs that resulted in the death of a young adult female community member. The attack took place in the area of Springs Road. Due to the sensitivity of the situation, MNPD will not be releasing any additional information until a later date."

All of the dogs involved in the vicious attack "have now been terminated," MNPD stated. The location of the fatal dog attack is on the Meskwaki Settlement, close to the Meskwaki Tribal Center, and a mile southeast of the Meskwaki Casino, off of U.S. Highway 30. The settlement is an unincorporated community in Tama County, Iowa, which includes more than 8,000 acres, according to its Wikipedia entry. There are about 800 individuals living on the settlement.

One commenter on the MNPD page, Ray YoungBear, indicates this dog pack was a cause for concern for community members. "I was so afraid of this," he wrote. "Three large-headed ones in the hills" had recently been dispatched too. The term "large-headed" dogs is nearly exclusively used for bully breeds -- pit bull and mastiff-type dogs. Rottweilers could be indicated as well. There are few, if any, functional Rez type dogs today that meet the parameters of being "large-headed."

On Friday, the Meskwaki Nation Police Department identified the victim as 27-year old Chaille Morgan, of Tama. The Meskwaki Nation Police Chief also said there were no pit bulls among the pack of mixed-breed dogs that fatally attacked Morgan. The attack happened Monday near the Tribal Center in the area of Springs Road. Her obituary states that she attended South Tama Schools. The large pack of dogs involved in the attack has since been identified and terminated. 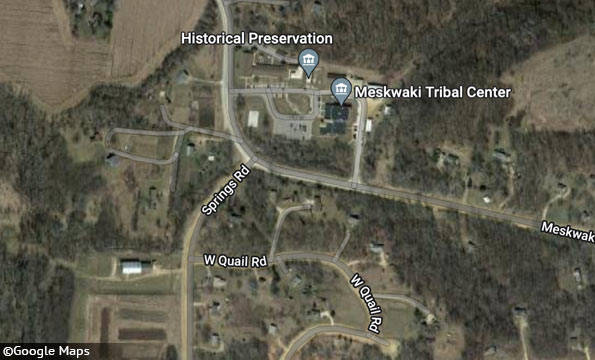