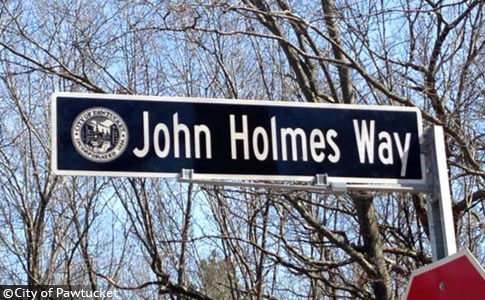 Pit Bull Attacks Rise
Pawtucket, RI - Five years after Pawtucket was forced to lift its successful pit bull ban, attacks by pit bulls have risen sharply. Today, there are over 10 times more pit bull attacks per year in Pawtucket than there were during the ban years. The city was forced to lift its ban due to the state legislature, which passed a state preemption law in 2013 barring local governments from enacting breed specific laws. Other jurisdictions in Rhode Island lost their pit bull laws at that time too.1

Back in September 2013, we did an extensive report on the success of Pawtucket's pit bull ban, when attacks inflicted by the breed fell into scarcity. During the 10-year ban period of 2004 through 2013, only 23 bites were attributed to the pit bull breed. Over the five-year period of July 1, 2014 to September 30, 2019 -- half of the pit bull ban time period -- there were a total of 319 dog bites and attacks on people and other animals. 116 were attributed to pit bulls and pit bull mixes, 36%.

In the four years leading up to the ban, from 2000 through 2003, there were 71 bites or attacks involving pit bulls; an average of 17.8 per year. During the ban years, the average was 2.3. Back in 2013, now retired Pawtucket Animal Control Officer John Holmes, a key proponent of the ban, said the numbers "speak for themselves." Today, the annual rate of pit bull attacks is 23.2, more than 10 times higher than during the ban years and even higher than the pre-ban years.

View chart of the dramatic decline in pit bull attacks after Pawtucket enacted its ban in 2004.

Pawtucket city leaders strongly supported the pit bull ban. Mayor Donald Grebien and City Council President David Moran wrote a joint letter to Governor Lincoln Chafee just days before he signed the bill asking that he veto the legislation. The city even tried to get a bill passed in the state legislature in 2015 that would have preserved pit bull ordinances that were in place prior to the legislature passing the state preemption law. Both Grebien and Moran remain in office today.

The sharp rise in pit bull incidents following the ban being overturned -- again, the annual number of attacks today is over 10 times higher than during the ban years and even higher than the pre-ban years -- shows what happens when state legislators cater to special-interest groups instead of protecting public safety. "It should be left to local officials to do what is necessary to protect humans and the animals in their particular cities and towns," stated Grebien and Moran's letter.

In 2016, city leaders renewed their criticism of state lawmakers for passing the preemption bill after a pit bull-boxer mix named "Chance" killed a small dog. The pit bull busted through a screen door to reach the dog. The owner of the Maltese named "Muffin" said, "[Chance] slaughtered my dog in my arms." Council President Moran said afterward that he continues to be "disgusted" by what state lawmakers did to overturn Pawtucket's successful pit bull ban, calling it an "atrocity."

Veteran animal control officer John Holmes is an icon from an earlier era. When he retired in 2015, after 40 years of public service, Mayor Donald Grebien declared the entrance into the Pawtucket Animal Shelter to be labeled "John Holmes Way." Under his direction, the shelter increased public safety and dramatically reduced euthanasia. City Councilor John Barry said the shelter became a "model for the state" under his direction. Holmes' departure left a "great hole," Barry said.

During his farewell ceremony, Holmes said, "It's a whole different world" in animal control today. Every potential adoptive family is screened and landlords are consulted. Pet adoptions come with a more rigorous process than ever, he said, as officers check to make sure animals are going to the right families, reported The Valley Breeze. Holmes was proud to have a "no-kill" shelter, but did so under a public safety priority. Today, many no-kill shelters have no screening process at all.

After a recent pit bull adoption disaster from a county no-kill shelter in Ohio, the adopter told us, "The [shelter staff] didn't ask us for much information. They just handed over not only what is possibly a dangerous creature to us without proper vetting, but let's not forget they did not even do the minimal due diligence to ensure they were giving the animal to somebody who could love it instead of an impulse purchaser who would grow bored or some sort of animal hoarder."

John Holmes Over the Years

Since the reversal of Pawtucket's pit bull ban five years ago due to the state preemption law, the annual number of attacks inflicted by pit bulls is over 10 times higher. According to local officials, the Pawtucket Animal Shelter has also been routinely full of pit bulls since the ban was lifted. The recent Valley Breeze article did not provide pit bull euthanasia numbers, but typically when the intake of unwanted pit bulls increases at a city shelter, so does the rate of pit bull euthanasia.

Under new leadership at the Pawtucket shelter, "Bob" the pit bull, who needs a home with no children, is falsely listed as a hound-mix. Such deceit should be banned on John Holmes Way.9 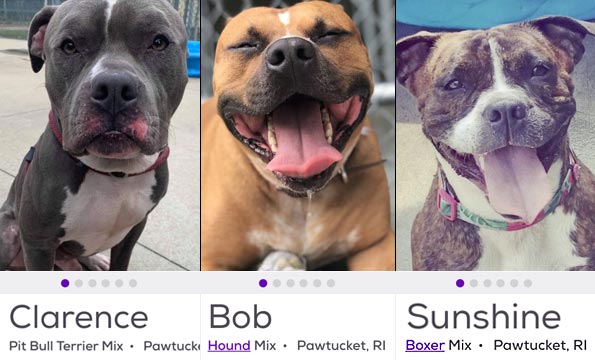 Three dogs currently up for adoption at the Pawtucket Animal Shelter on John Holmes Way.