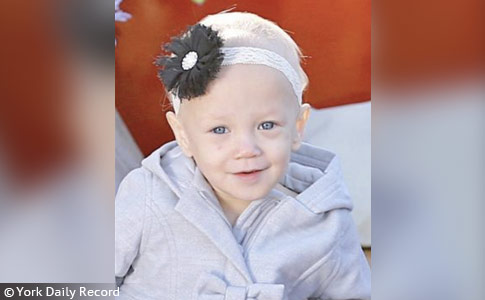 Nora Sharp, 19-months old, died after being mauled to death her family's bullmastiff.

Child Identified
UPDATE 11/06/18: The York County Coroner's Office identified the 19-month old child who was killed by a family dog Sunday night. Nora Sharp was declared dead at 11:03 pm on November 4. The attack occurred at her home in the 500 block of El Dorado Drive about 10:15 pm. She was transported to York Hospital for emergency treatment, but she did not survive. The child died of "multiple injuries due to dog attack," the coroner said. The manner of death is accidental.

The child's family told officials the dog is a "mixed-breed." The York County Fire ATR and EMA - South dispatch logs at Broadcastify.com, however, do not reflect this. At 22:19, dispatch states, "They are advising that the child is unresponsive and not breathing [undetermined]. Be advised the dog was a bullmastiff that attacked the child's head, face and leg injuries. He's going to be locked away." It's a real disservice to the public to distort breed information after a fatal attack.

There is quite a difference between a 15-pound "mixed-breed" and a 125-pound "mixed-breed." The weight of this dog was not provided by police, nor was the gender of this dog, its spay/neuter status, its age or its predominant breed. Presumably, it was a person in the child's home who made the 911 call and provided the breed information; a person who is familiar with the dog. Investigators are still looking into the breed of the dog, according to the York Daily Record.

11/05/18: Family Dog Kills Toddler
Windsor Township, PA - A 19-month old child is dead after being mauled by a family dog, according to a news release by the York County Coroner's Office. "The toddler had been in her family home in Windsor Township when she was reportedly attacked by a family dog at approximately 10:15 pm Sunday night," states the release. Emergency medical responders arrived at the home and the female toddler was transported to York Hospital for emergency treatment.

"Despite emergency medical intervention, the female toddler was pronounced dead at 11:03 pm Sunday night," states York County Coroner Pamela Gay in the release. York Area Regional Police is the agency investigating the child's death. An autopsy will be scheduled to determine cause and manner of death. The child's name and the location of the attack will be released pending additional family notification, states the release. No breed information was in the news release.

Chief Tim Damon of the York Area Regional Police force said Monday morning the toddler was being watched by her parents when the dog attacked her, reports the York Dispatch. Damon would not release the type of dog that attacked her -- the breed information -- but confirmed the animal has been euthanized. Damon did not know the age of the dog. Damon also confirmed that the little girl was the only one injured in the attack. Damon said the investigation is active an ongoing.

In an updated article by the York Daily Record, Chief Damon clarified that one parent was home at the time of the deadly attack. When first responders arrived at the home, the dog and child were separated. Damon also said that he has been told the breed information, but is working to confirm it. On Monday, Coroner Gay told the Daily Record that many of the first responders were impacted by the deadly mauling. "There's a lot of people affected, as far as first responders," Gay said. 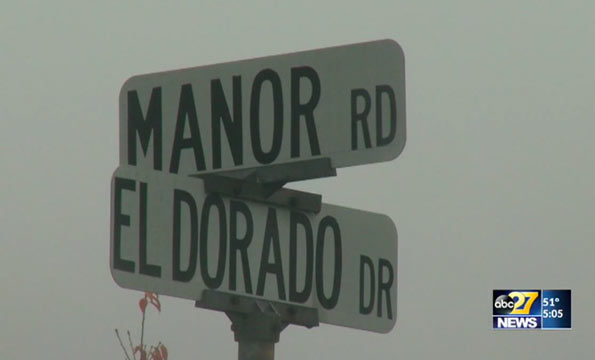 The fatal dog attack occurred in the 500 block of El Dorado Drive in Red Lion, Pennsylvania.

News Update: The autopsy on the female toddler from Windsor Twp who died last night at York Hospital after a dog attack has been scheduled for tomorrow morning at 10 am at Lehigh Valley Hospital in Allentown. Identifying information will be released after the autopsy tomorrow.

Baseline reporting requirements:
Law enforcement departments across the United States should release consistent "baseline" information to the media and the public after each fatal dog mauling, including these items.
Tweet
Share517
Tweet
Share517
Donate Now