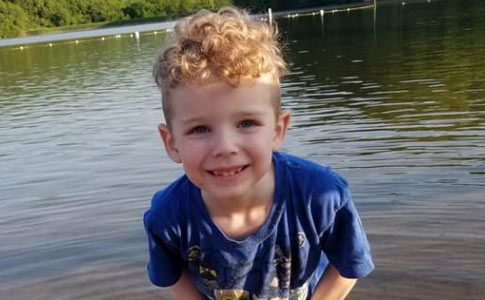 Gauge Eckenrode, 6-years old, was killed by a family pit bull in Lakemont.

Rescued Pit Bull
UPDATE 05/26/18: On Saturday, Blair County Coroner Patricia Ross officially identified the 6-year old boy killed Thursday by a family pit bull as Gauge Eckenrode. A fundraiser started by Taylor Crawford on May 24 had already done so. Logan Township Police Chief David Reese confirmed that family members tried to stop the attack by stabbing the dog. Police ultimately killed the dog. The dog was a "rescued pit bull" and had belonged to the family for several years, Reese said.

No other information was released about the pit bull, such as which rescue agency was involved, the dog's gender or spay/neuter status.

The boy's family had two dogs, according to news reports. The attacking pit bull was killed, and the family asked authorities to take away their other dog. The deadly attack occurred inside the family's home, Rick Vaughan said, a spokesman for the family. The child's father was cutting grass when he heard the mother screaming and discovered "the dog on the boy." By stabbing the dog, the father was able to get the animal off the child, but "It was already too late,” Vaughan said.

05/25/18: Family Pit Bull Kills Boy
Lakemont, PA - Blair County Coroner Patty Ross confirmed late Thursday that a 6-year old boy was killed by a family pit bull. The coroner ruled the boy died of blunt force trauma. The attack occurred at a home on Gesser Avenue. The child attended Baker Elementary School. Logan Township Police continue to investigate. Counselors will be available to help students and staff Friday. The child's name is being withheld out of respect for the family's wishes, reports WTAJ.

Rick Vaughan, a friend of the boy's family, said the boy died after the family dog attacked him just before 6:00 pm. Vaughan told the Altoona Mirror the boy's father was cutting grass when he heard the mother screaming and rushed to find "the dog on the boy." Despite the father's actions to get the dog off the child, "It was already too late," Vaughan said. The dog that killed the boy is dead. The family asked police to remove a second dog from their home, reports the Altoona Mirror.

A fundraiser for the little boy's family identifies him as Gauge Allen Eckenrode. He was a "happy little six year old boy who lost his little life to a pit bull attack," states the fundraiser page, created by Taylor Crawford. "We are trying to raise money to help cover all the expenses that this family needs, from medical bills all the way to the funeral expenses." The family "never expected" for anything like this to ever happen, states the page. Gauge had a little sister named Gypsy. 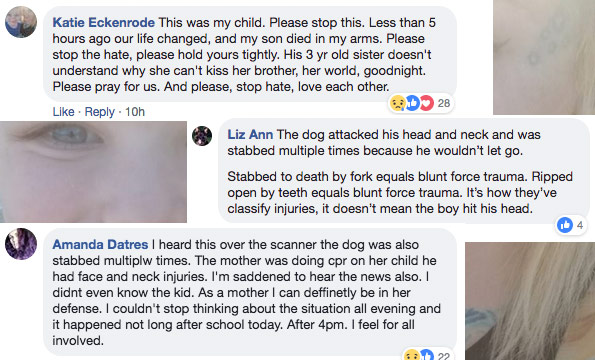 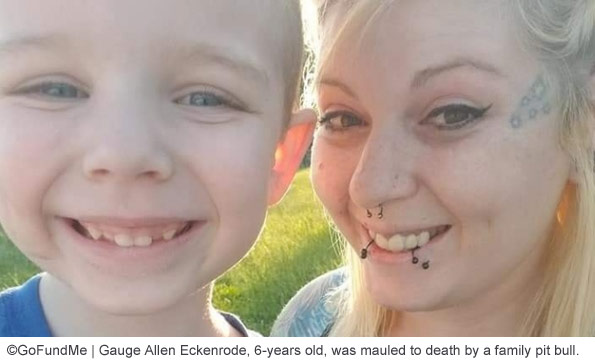 Baseline reporting requirements:
Law enforcement departments across the United States should release consistent "baseline" information to the media and the public after each fatal dog mauling, including these items.
Tweet
Share569
Tweet
Share569
Donate Now