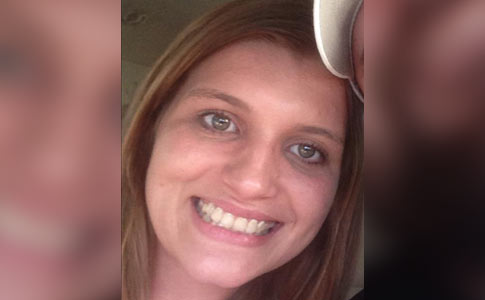 Criminal Charges
UPDATE 04/05/18: The owners of five pit bulls that killed a 24-year old woman in early December have been charged with criminally negligent homicide, a misdemeanor. A Jackson County grand jury indicted Brian Keith Graden, 43, and Melody Ann Graden, 45, in connection to the death of Emily Mae Colvin. Both were booked into the Jackson County jail. In addition to the negligent homicide charge, both Gradens were charged with four counts of failure to vaccinate for rabies.

Felony charges could not be brought against the Gradens due to insufficient state laws. Emily's horrific death prompted Alabama lawmakers to pass a bill that imposes felony charges under certain conditions when a dog seriously injures or kills a person. Governor Kay Ivey signed the new legislation into law in late March. In Alabama, criminally negligent homicide is a Class A misdemeanor. The Gradens face a maximum penalty of one year in jail if they are convicted.

03/20/18: Felony Dog Attack Law
On Monday, Alabama Governor Kay Ivey signed into law a felony dog attack law for Alabama. The new act, "Emily's Law," is in memory of Emily Colvin, 24, who was killed by her neighbor's five loose pit bulls in December. Back then, Jackson Sheriff Chuck Phillips said the case would go before a grand jury in March on possible charges of negligent homicide. In January, a judge ordered the remaining four pit bulls belonging to Brian and Melody Graden be destroyed.

The dangerous dog legislation, sponsored by Representative Ledbetter and Senators Livingston and Scofield, easily passed both chambers. Emily's Law provides for a sworn affidavit process to request a dangerous dog investigation, which is similar to other states, an impoundment and hearing process for a suspected dangerous dog and the requirements for owning a dog legally designated dangerous, if the court determines the animal can be returned to its owner.

Like other states, the legislation defines a higher felony, Class B, if a dog legally declared dangerous attacks again. If a dog has not been declared dangerous -- which is the case in the vast majority of serious and fatal attacks, as well the dogs that killed Emily -- and attacks, causing serious physical injury or death to a person, and the owner of the dog had prior knowledge of the dangerous propensities of the dog, the owner of the dog shall be guilty of a Class C felony.

The now codified "prior knowledge of the dangerous propensities" is typical in felony dog attack laws for criminal liability -- but should be avoided at all cost for civil liability (one bite rule). Criminal penalties are about showing beyond a reasonable doubt a criminal mindset. For instance, a defendant had knowledge of the dog's dangerous propensities, yet still failed to properly secure them. In Emily's case, the Gradens pit bulls had previously escaped and killed some llamas.

12/09/17: Tribute Video and Fund
Our hearts ache for Emily's husband and her family. A tribute video has been created for Emily Colvin's Funeral Fund. "Emily Mae Colvin was a bright light that shined onto this dark and stormy world. She was only 24 years old. She was a loving wife, devoted daughter, thoughtful sister, caring aunt, and beloved friend." On December 7, she was struck down by five vicious pit bulls belonging to her neighbor. The Jackson County sheriff has vowed to seek criminal charges.

She'd only been married to Eric for about two years. The tribute video has many photos of their lovely wedding. "All who knew and love her are shocked and devastated because of this tragedy. She was married to Eric a little over 2 years. They were eternally devoted to each other and were looking forward to starting a family together. Eric was a loving husband who put Emily's needs before his. Emily's death will test his will and faith to its limits," states the GoFundMe page.

12/07/17: Pit Bulls Kill Woman
Section, AL - Authorities confirmed that a pack of pit bulls killed a 24-year old woman and injured another Thursday morning. 24-year old Emily Mae Colvin was discovered dead on arrival, deputies said. The Jackson County Sheriff’s Office responded to a call about 9:00 am about a dog attack at County Road 121 in Section. A deputy shot and killed one of the dogs due to its aggression. Another woman was also injured. She was treated for her injuries and released.

Jackson County Sheriff’s Deputies, Scottsboro Animal Control and Section Police confiscated four dogs from the property. All five dogs were described as pit bulls by authorities. The Jackson County Sheriff’s Office said they had never received a call about these particular dogs before and that Colvin was familiar with them. The second victim was not identified by police nor was the block area of County Road 121 where the attack occurred. Deputies continue to investigate.

One neighbor who would not go on camera said the dogs "never used to snarl, bark or nothing … if anything they would lick you to death."

WAAY reports that all five dogs belonged to Colvin's neighbor. A friend of Colvin's was talking to her on the phone and came to aid her when she heard the dogs attacking, Jackson County Sheriff Chuck Phillips said. The dogs then attacked her too. She was taken to a hospital with leg and arm injuries. "Dogs can run loose, but still the owner is responsible for the damages that they do," Phillips said. "So we will be seeking charges here in this case, probably in the March grand jury."

Later in the day, Sheriff Phillips clarified an earlier statement. This is the first time these dogs have attacked a human, he told WHNT, but it’s not the first complaint on record for the animals. "We received a call back sometime ago, maybe these dogs and the victim’s dog had killed llamas that were in a pasture nearby. That’s the only complaint we have ever had on them," Phillips said. The owner of the dogs could a face charge of negligent homicide, which is a Class A misdemeanor.

This is the second fatal pit bull mauling in northeast Alabama in a matter of days. On November 29, about 50 miles away in Guntersville, a pack of pit bulls killed 46-year old Tracy Cornelius and severely injured another woman who had been walking along Jason Road. The four dogs first attacked the woman. Cornelius intervened to help save her and the dogs turned on her. Cornelius was pronounced dead at the scene. The other woman was airlifted to a hospital in Huntsville. 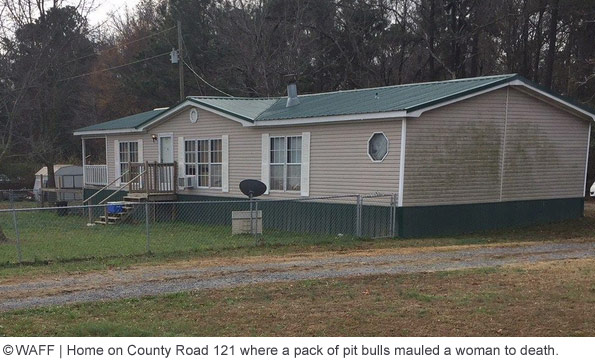 We specifically posted this Tweet to call out the irrationality of it. There is an ongoing investigation in which Sheriff Phillips has vowed to seek criminal charges. Thus, there are 100 reasons to allow these dogs to be photographed by the media. Sheriff Phillips himself should have released photographs already so that members of the community who may have seen these dogs loose and behaving aggressively can identify them and provide testimony against the dogs' owner.

In our baseline reporting requirements, the #2 item is releasing identification photographs. Alone, police can rarely know the history of dogs involved in fatal attacks because many incidents go unreported. Yet, criminal charges greatly hinge on knowing this history. There may have been an incident a year earlier involving a neighbor that moved away. Without photographs released, that person will never have the chance to say, "That was the same dog that chased me last year."

#Update All 4 🐕 involved in the attack that killed 24-year-old Emily Mae Colvin in Jackson County are being held at Williams Animal Clinic. I asked to see the dogs, but they say because this is an ongoing investigation they couldn’t let me take video/pictures of them. @whnt pic.twitter.com/ppcMPEctG4 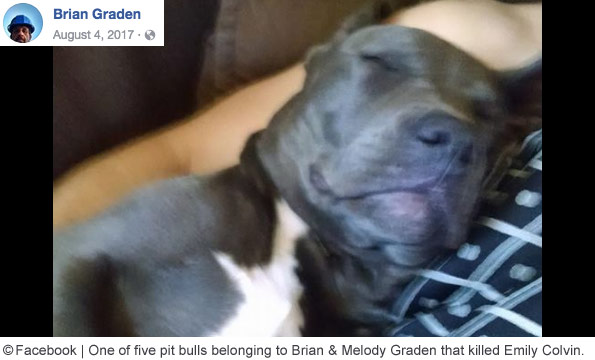