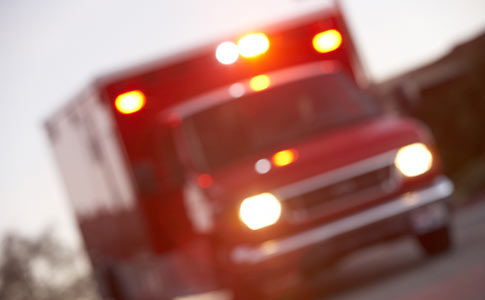 A Bangor infant was pronounced dead after being injured by a dog eight days ago.

Breed Clarification
UPDATE 08/07/17: No charges will be filed after a family dog fatally attacked a newborn. The attack occurred on July 29. The baby died eight days later. The dog will be euthanized, Bangor police said. "It was a tragic accident," Detective Sgt. Brent Beaulieu said Monday. The 21-day old baby boy was sleeping in a bassinet in the same room with his parents and their family dog. The couple awoke to find the animal, a husky-shepherd mix, attacking the baby, Beaulieu said.

The infant's parents, who live in Aroostook County, were visiting relatives at a home in western Bangor when the attack occurred at about 5:30 am, Beaulieu said. The dog has been quarantined at the Bangor Humane Society since the July 29 attack. The dog will be euthanized once the case is closed, reports the Bangor Daily News. The couple told police the family pet had never shown aggression before. Police did not release the degree of injuries the baby suffered in the attack.

Husky-type dogs have a long track record of killing sleeping newborns in bassinets, which is why we have called them "crib snatchers" in the past.

This baby's death follows the same scenario we have seen with huskies before, literally attacking a newborn in its bassinet or crib. The only difference in this case is that the parents were sleeping in the same room at the time. Usually, the mother has stepped away momentarily when the family husky drags a newborn from its bassinet or bedding, killing it. Since 2005, huskies have been involved in 13 fatal dog maulings. Seven of these deaths involve circumstances like this one.

Of the 13 fatalities inflicted by huskies since 2005, 54% (7) involved children 3-weeks old and younger and 92% (12) involved children 5-years old and younger. Two of the child deaths involved sled dogs in Alaska. The 2007 mauling death of 11-month old Trey Paeth in Cookeville, Tennessee must also be mentioned. Trey was in a playpen in a bedroom when two huskies tore through the siding and killed him. Trey's family was visiting the residence of the dogs' owner at the time.

Husky-type dog mauling deaths are fractional compared to pit bulls and their mixes, but husky-types are clearly very unsafe around infants.

Though fatal attacks by huskies are rare, the breed still falls within the top six killing dog breeds (3.1% of all deaths) and for the primary reason of killing newborns lying in a bassinet. In the Bangor case, the baby's parents were sleeping in the same room, indicating yet another quiet and "opportunistic" attack on a newborn. Police also state the dog is a husky-shepherd mix. German shepherds account for 3.8% of all deaths. Thus far, no photograph of the dog has been released.

08/06/17: Infant Dies of Injuries
Bangor, ME - Bangor police released a statement Sunday saying a baby died after being injured by a family dog last Saturday. On July 29, police and fire departments responded to a call about an injured infant, Bangor police Detective Sgt. Brent Beaulieu said. The child had been injured by “a family pet,” and was transported to Eastern Maine Medical Center in Bangor. “Unfortunately, the child succumbed to the injuries and was pronounced dead at the hospital,” Beaulieu said today.

Detectives describe the dog as a shepherd-mix. No other information was released by police, including the extent of the baby's injuries.

This baby's death marks the third dog bite fatality in the state of Maine since 2005, according to our records. Just last year, Penobscot County was haunted by the mauling death of 7-year old Hunter Bragg. He was brutally killed by a chained pit bull white visiting his father at the dog owner's home. In 2011, Annabelle Mitchell, 7-months old, was killed by her mother's rottweiler, named Hannibal. Katrina Mitchelle was later charged with child endangerment, a misdemeanor.

Baseline reporting requirements:
Law enforcement departments across the United States should release consistent "baseline" information to the media and the public after each fatal dog mauling, including these items.
Tweet
Share318
Tweet
Share318
Donate Now