The Montreal Pit Bull Ban is Now in Effect 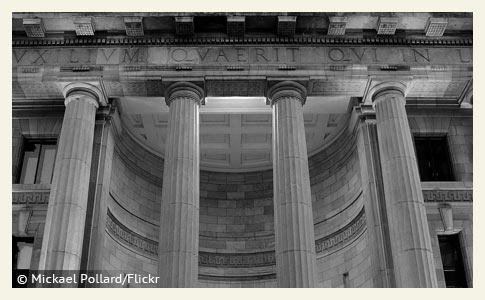 Ban Now in Effect
UPDATE 12/01/16: On Thursday, the Quebec Court of Appeal overturned a lower court judge's ruling suspending provisions of Montreal's dangerous dog bylaw pertaining to pit bulls. The lower court judge erred in his ruling. The Montreal pit bull ban will be in effect until the court resolves the ongoing lawsuit brought by the Montreal SPCA against the city. Montreal officials adopted a pit bull ban bylaw in late September, 3-months after the brutal mauling death of Christiane Vadnais.

“As for the respondents’ colour of right, the judge failed in his analysis to take into account the judgment in Cochrane v. Ontario (Attorney General), (2008), and the Quebec Superior Court judgment in Madronero v. Lachine (1990). Those judgments dismiss on the merits the argument that definitions of “pit bull” with wording similar to that in the appellant’s by-law were subject to being struck down. The respondents therefore cannot claim to have a clear right. As to the issue of irreparable harm, the judge considered the contentious provisions as a whole, without distinguishing those that might cause irreparable harm from those that give rise to an inconvenience or a hypothetical harm. Finally, in his analysis of the balance of convenience, he failed to take it for granted that the by-law at issue was enacted for the public good and that it serves a valid public interest objective. These are determinative errors. In the circumstances, the suspension order should be quashed...” - Court of Appeal of Quebec, December 01, 2016

No Charges After Fatal Attack

The Crown prosecutor's office announced yesterday that no criminal charges would be brought against the owner of the pit bull that killed Vadnais in her own backyard. The dog, named Lucifer, was owned by Franklin Junior Frontal and had attacked two people before killing Vadnais. However, prosecutors could not obtain solid evidence of this nor did they believe they could prove negligence. Criminal prosecutions after serious and fatal dog maulings are often very difficult.

This is a primary reason why cities adopt breed-specific laws. The legal routes to civil and criminal recourse after severe attacks are insufficient.

Montreal Mayor Denis Coderre agreed. He stated yesterday that the lack of laying criminal charges after Vadnais' mauling death only reinforces the importance of Montreal's pit bull ban bylaw. "Frankly, it just makes me (feel) stronger about the need to have the regulations that I'm putting forward," Coderre said after learning about the decision. Mayor Coderre is correct. The most proactive path to prevention is to prohibit new pit bulls and to regulate existing ones.

11/25/16: High Court Hears Appeal
Montreal, Canada - Today the Quebec Court of Appeal heard oral arguments about the Montreal pit bull bylaw that went into effect October 3. A lower court judge quickly suspended the pit bull provisions in response to a lawsuit filed by the Montreal SCPA, despite a longstanding appellate court decision upholding the province of Ontario's pit bull ban. On October 20, the city of Montreal was granted permission to appeal the suspension. Arguments were set for November 25.

The Quebec Court of Appeal will issue a ruling sometime in the future. A time frame was not specified by the high court today.

During the hearing today, the city argued that the suspension should have only lasted 10 days and that the SPCA's arguments were mainly based on opinion. "There are several decisions showing that when both sides are heard, those arguments are rejected," said Claude Marseille, the attorney representing the city. Marseille also leaned on a decision issued as recently as yesterday that ruled that the city of Lavaltrie's new animal control bylaw, which also bans pit bulls, is valid.

This same logic follows the city's call for an appeal and the reversal of the suspension in October. The city stated then that 48% of Quebec cities already have pit bull bylaws, as does the province of Ontario. Attorneys for the city argued that the lower court judge had no legal right to grant a suspension pending a future court hearing of the bylaw's legality. Montreal's city council voted in favor of the pit bull ban in September after the mauling death of Christiane Vadnais on June 8.

"In a case where the validity of legal provisions or rules is contested, the public interest demands that their validity be presumed and that they remain in effect: the suspension of such provisions during the interlocutory stage can't be granted except under the most exceptional or serious situations," the city writes in its call for an appeal. The city added, "These safety measures are reasonable and constitute, in the worst hypotheses, a minor inconvenience in the social life of an owner who chooses to have as a pet, in an urban setting, a type of dog that was created to fight bulls (thus their name)." - Montreal Gazette, October 12, 2016

If the appellate court rules in favor of the city, the suspension of the pit bull bylaw will be lifted and enforcement of the Montreal pit bull ban will begin. We expect that a favorable ruling for the city will cause the SPCA to quickly appeal the decision to the Supreme Court of Canada. If the appeal court denies lifting the suspension -- of which there is little to no precedent of doing -- then the city could appeal or endure the suspension until the trial of the lawsuit brought by the SPCA.

The Montreal SPCA's lawsuit, which chiefly acts as a "delay tactic" for the Montreal pit bull ban bylaw, comes at a great cost to the public health and safety of Montreal residents. The legal challenge also comes at a cost to Montreal taxpayers and city officials, who now must allocate legal and administrative resources to defend it. This is all due to a breed of dog that was first selectively bred for the bloodsport of bull-baiting then for the bloodsport of illegal dogfighting.

Appellate courts in the United States have upheld the constitutionality of well-written pit bull ordinances since 1986 -- 30-years and counting.

The day after a lower court judge suspended the Montreal pit bull ban, Denis Coderre, the Mayor of Montreal, published a bold letter on the mayor's website, reconfirming the city's intention to ban pit bull-type dogs in Montreal. The letter is aptly titled, "People first!" Mayor Coderre makes clear that his "top priority will always be people and their safety" and further states: "We will not yield to threats nor interest groups. We reconfirm our intention to ban pit bull-type dogs from Montreal."

"We will not yield to threats nor interest groups. We reconfirm our intention to ban pit bull type dogs from Montreal, as has already been done by some of our boroughs and as in Ontario, in France and in hundreds of cities around the world. We will not compromise when it comes to the safety of our fellow Montrealers."

"The reasons for this by-law ban are well known: news articles have recently highlighted serious attacks against people by dogs, especially pit bulls and the sense of impunity that seems to prevail among many owners of dangerous dogs. The death of Christiane Vadnais, killed by a dog, generated fear among the public. Public officials clearly had to step in and many cities decided to amend their by-laws.

Yesterday, a Superior Court judge decided to suspend Montreal's new by-law banning pit bull type dogs in its territory pending a hearing on the substance of the by-law.

We are disappointed by this turn of events. The by-law was designed to ensure the safety of all Montrealers by requiring all owners of pets -- particularly dangerous ones -- to comply with certain regulations.

We knew we would have to face pro-pit bull lobbyists. The debate quickly became emotional, which we find regrettable. Our sole and unique concern is the security of our fellow Montrealers." - Denis Coderre, Mayor of Montreal, October 6, 2016

Mayor Coderre's statements about the pro-pit bull lobby pertain to a 5-part investigation by La Presse published in August that showed how the Association of Veterinary Doctors of Quebec (OMVQ) omitted key parts of medical studies in their report to the ministerial committee. The OMVQ report also cited several studies, which they deemed to be "scientific," but were funded by the heavily financed pro-pit bull lobby. The OMVQ report failed to note this conflict of interest.

On October 20, DogsBite.org released the in-depth La Presse investigation translated to English. The multi-part series exposed five unqualified studies or papers cited in the OMVQ report, causing Dr. Joel Bergeron, president of the College of Veterinary Surgeons of Quebec, to issue a mea culpa, admitting that by including these studies, he had placed his organization in a conflict of interest. The La Presse investigation also exposed the five levels of the American pit bull lobby.

Related articles:
10/20/16: Back Story of the Montreal Pit Bull Ban, What the Vets Omitted and Cited...
10/20/16: Semyonova Analysis of AVMA ‘The Role of Breed in Dog Bite Risk and Prevention’
10/10/16: Level 1 Trauma Dog Bite Studies in All U.S. Geographical Regions: Pit Bulls Highest...
06/19/16: Cities in Province of Quebec Move to Adopt Breed-Specific Bylaws After Pit Bull...