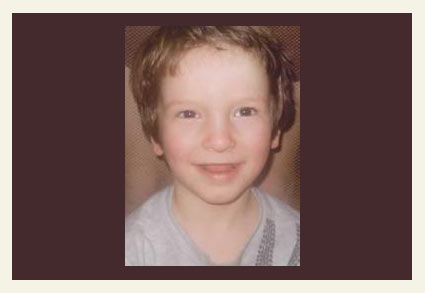 James Dowling, 4-years old of Hot Springs, was killed by his grandfather's rottweiler.

Funeral Planned
UPDATE 08/13/11: On Saturday, the family of the little boy killed by his grandfather's rottweiler planned a funeral in Hot Springs. James Dowling had been visiting his grandfather's home in Ozark when the attack occurred. Police said the boy was playing in the backyard of the home. The rottweiler was also in the yard, but separated by a four-foot-high chain link pen. The dog jumped out and brutally attacked the boy. When responders arrived, the child was barely breathing.

"We can't have dogs like this in our neighborhood. It's too dangerous. They get out and they attack like a wild animal" -- neighbor Ray Baugus.

08/12/11: Jumps 4-Foot Fence to Attack
Ozark, AR - In a developing story, a 4-year old boy was killed by a rottweiler on Friday. At the time of the attack, the boy had been visiting his grandfather's home in Ozark. Police say the boy was outside playing in a fenced backyard when the dog jumped out of its four-foot-high chain link pen and attacked. The boy was airlifted to a Little Rock hospital, but was diverted after his condition worsened. He died shortly after reaching Johnson Region Medical Center in Clarksville.