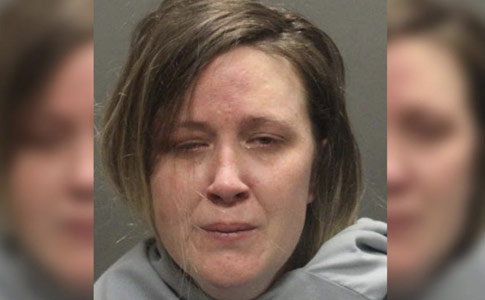 Breanna Henson, 30, seen after being charged in connection to her baby's death.

Autopsy Report
UPDATE 03/19/19: On Monday, details of the autopsy were released of an 8-month old baby found dead with a dog nearby. The child's mother, Breanna Henson, 30, was reportedly intoxicated and arrested at the scene. Patricia Henson "sustained several injuries during the incident, including abrasions, lacerations, contusions, and puncture wounds; absence of soft tissues; hemorrhages; hematomas and lacerations; among other injuries," reports KVOA.

Three containers of gastric contents from the dog were also examined. The report states the manner of death is still undetermined. Thus far, Henson has been charged with one count of child abuse. She was charged in January and released into the custody of her parents. Criminal charges will likely increase against Henson if the manner of death is ruled a homicide instead of an accident. In earlier media reports, the attacking dog was described as a German shepherd.

02/05/19: Mother Charged in Infant's Death
Tucson, AZ - Last week, Breanna Henson, 30-years old, was arrested and charged with one count of felony child abuse after police found her 8-month old infant dead. On January 24, Tucson police responded to a home in the 7700 block of E. Apple Tree Drive about 1:30 am after receiving a call of an unresponsive female child. Police said Henson was intoxicated when they arrived. The baby was discovered with puncture wounds and scrapes, consistent with injuries caused by a dog.

No dog breed information was released by police, but neighbors said they saw animal control taking away a German shepherd.

The interim complaint filed in Pima County Consolidated Justice Court said Henson was intoxicated and woke up to find her baby unresponsive with "significant trauma." Henson was the only adult in the home. An autopsy was performed on January 25, but no results have been released. Henson was released into the supervised custody of her parents. Henson's next court date in scheduled for February 13. Pima County Animal Control Officers confiscated the dog. 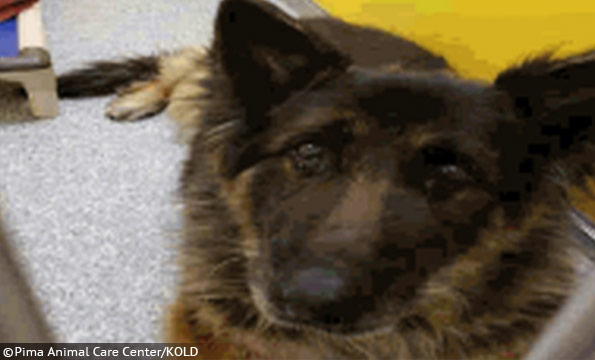 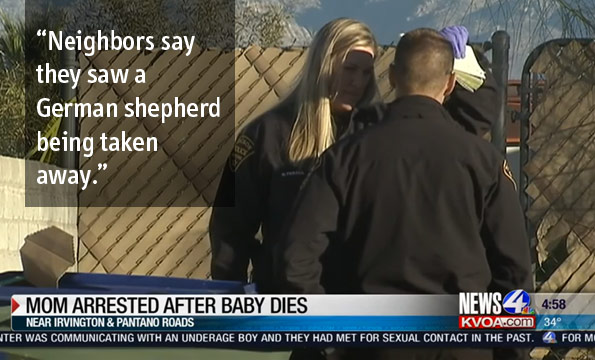 A German shepherd was confiscated from the home on East Apple Tree Drive in Tucson.

Baseline reporting requirements:
Law enforcement departments across the United States should release consistent "baseline" information to the media and the public after each fatal dog mauling, including these items.
Tweet
Share396
Tweet
Share396
Donate Now