The report contains six table charts, including a list of all dog breeds involved, a comparison of two periods within the 13-year period, the rising number of adult victims and the decreasing number of attacks inflicted by a single dog. The tables also show the nine states with the most fatal dog attacks over the period, which states brought the most criminal charges after a fatal dog mauling, and in the case of one state, Illinois, how no criminal charges have been filed since 2005.

The 9-page report examines the breeds involved in fatal attacks on humans, age groups and genders of the victims, the number of dogs involved, family and dog relationships, property statistics, household and time factors, criminal prosecutions following fatal dog attacks and states with the most occurrences. The report also compares two metrics -- the age of victims and the number of attacks involving 2 or more dogs -- to years previously studied (1979 to 1998) ... (Continue reading news release) 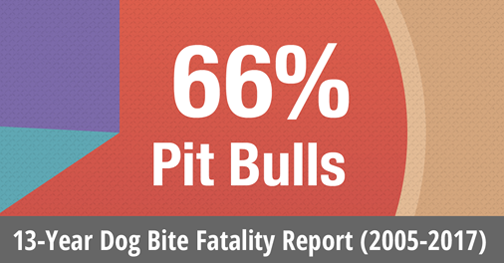