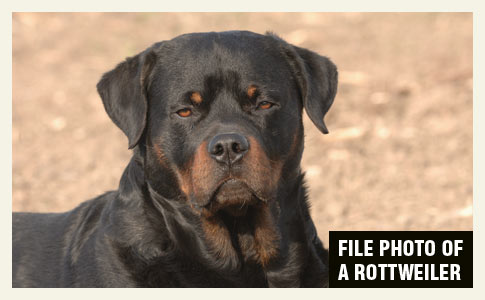 Woman Found Dead
Corona, CA - An elderly woman was discovered dead in her garage after being mauled to death by her grandson's three rottweilers, according to officials. Police responded to a call about 4:40 pm Sunday, January 26, to a home in the 1500 block of Pera Street, according to Corona police Capt. Tom Weeks. They found Annabell Martin, 89-years old, dead after being attacked by the three dogs. The Riverside County coroner's office website simply states, "Victim of dog mauling."

Sgt. Kurt James, of the Riverside County coroner’s office said that Martin died at some unknown time earlier that day. No one witnessed the attack, according to Weeks. Arriving police officers shot one rottweiler to death after the dogs lunged at them; the other two dogs were confiscated and euthanized. The grandson told police the animals had no history of aggressive behavior, Weeks said, and officials had no record of animal control receiving complaints from the house.