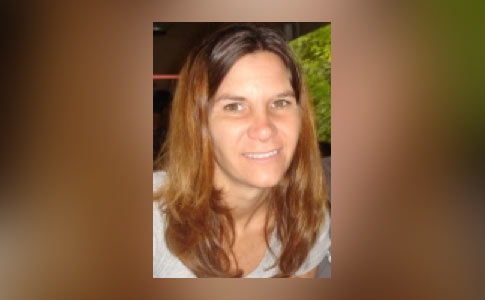 UPDATE 04/07/13: The dog mauling death of Rachael Honabarger, 35-years old of Coshocton, Ohio, has many readers questioning why a German shepherd would inflict a sustained and deadly attack upon an adult family member. The questioning began early on when the dog was initially reported to weigh 150 pounds. This weight fell into a more acceptable weight of a male German shepherd, 104 pounds, after the dog was weighed, euthanized and tested for rabies.1

There are two possible explanations for this attack. It's possible that this German shepherd came from one of the lines that are being bred for impulsive aggression [footnote] -- the same trait that makes the pit bull type dog so unpredictable and dangerous. This genetically determined trait is still relatively rare in the German shepherd, but there are kennels that breed specifically for guard and police work and imagine that an aggressive dog makes a better guard dog. These kennels select for impulsiveness in general and impulsive aggression in particular. When a dog has the impulsive aggression trait, no provocation or harsh treatment is needed to trigger a sudden and vicious attack. If you breed for this trait together with magnified body size, you are creating inherently dangerous dogs.
It's possible that this German shepherd was not bred in such a kennel, but that it was subjected to harsh training methods. The use of prong collars, choke collars, electric shocks, electric fences and other aversives can make even a normal dog aggressive. Many of the things people are told to do to establish 'dominance' over a dog have the same effect. In both cases, the dog learns to mistrust humans and to expect something awful to happen when a human approaches. Most dogs will (at first) prefer to flee and avoid, but a dog can learn that this doesn't work and that full-out attack is the only way to protect itself.
In either case (genes or abuse), you can't call a full-out attack by a dog on an adult an accident. Accidents are by definition things you can't predict or avert. Where dangerous dogs are concerned, we can predict and avert first of all by the type of dog we choose, and then by what we teach the normal dog we've chosen to expect from our own species.
[Footnote]: See Part 3: Myths about dogs' aggression and Heritability of behavior in the abnormally aggressive dog

05/06/13: Dog Euthanized, Tested for Rabies
A family German shepherd that attacked and killed a Coshocton woman last week was euthanized Friday and tested for rabies. The test results came back negative. Russell Dreher, the Coshocton County Dog Warden, said, "The investigation is complete." Rachael Honabarger, 35-years old and the mother of two, died Thursday according to her published obituary, not Saturday as previously reported by news media outlets. The victim only survived two days after the severe attack.

In the 8-year period of 2005 to 2012, German shepherds contributed to 9 human deaths. The age range of victims was 7 and under (5 victims) and 55 and older (4 victims). Of these deaths, 2 involved "pack attacks" (four or more dogs) and included pit bulls.2 Of the older victims, 3 cases involved the death of a female senior citizen: Linda Mittino, 69, Shirley Lou Bird, 79, and Magdelena Silva, 95. Both Mittino and Bird had been injured by the dog prior to the fatal attack.

05/04/13: Woman Dies After Dog Attack
Coshocton, OH - A Coshocton woman died Saturday from injuries sustained after being attacked by her family dog earlier this week. A Grant Medical Center spokesperson confirmed that Rachael Honabarger, 35-years old, of 41900 County Road 23 was deceased. The woman had remained in critical condition since the attack on Tuesday. Coshocton County Dog Warden Russell Dreher said a family dog, a 3-year old, large male German shepherd, attacked the woman at her home.

According to a news release from the Coshocton County Sheriff's office issued Wednesday, a neighbor was driving by the residence and saw the woman in distress. As he approached her to provide aid, the dog began attacking her again. He was able to pull the dog away and secure it in an outdoor kennel. He then called 911, requesting immediate help, and provided life-saving first aid until EMS arrived on scene. At that time, the neighbor was credited with saving her life.

Honabarger was taken to a local hospital then flown by helicopter to Grant Medical Center.

The dog was registered to her husband, Michael Honabarger, according to Dreher. He said his office had not received any prior complaints about the dog. The animal showed no diseases upon testing. At least two other dogs were also on the property, Dreher said. John Speaks, a man who lives nearby, told Fox 28 that he was familiar with the dog. "He's always been very aggressive but he would never go beyond the road, he guarded the yard and the house," said Speaks.

1The Columbus Dispatch reports that two other dogs registered to Michael Honabarger, a female German shepherd and a border collie, were confined at the time of the attack..
2Addyson Camerino, infant (2011) and Jason Walter, 7-years old (2010).