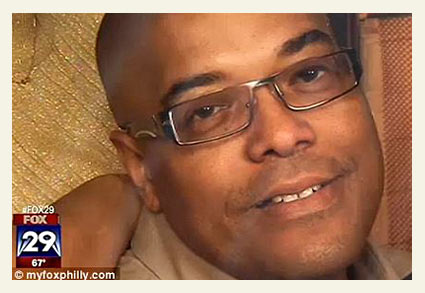 Letter Carrier Robert Rochester, 55, died after being attacked by a loose dog.

Criminal Charges Pending
UPDATE 11/30/12: Criminal charges against the owner of the dog that attacked Robert Rochester are expected to be filed soon, The News Journal reports. The dog escaped its owner's property and attacked Rochester as he was collecting mail from a postal bin on Main Street. He died six days after the attack. Robert Wilkson, president of Branch 191 of the National Association of Letter Carriers, based in Wilmington, said, "The Postal Service is treating this as an on-the-job death."

Criminal charges are expected to be filed against the dogʼs owner and could be finalized within a week, said Kevin Usilton, executive director of the Kent County SPCA, which investigated the incident.

“The attorney general is still working on the charges,” he said. “We havenʼt had a death from a dog bite in a long time, and the AG wants to be very thorough, which weʼre thankful for.”

The dog owner will be identified in the charges, he said. - The News Journal

Rochester's death certificate listed his cause of death as pulmonary embolism and temporary disability due to work injuries, with the dog attack in parentheses, according to Wilkson. The autopsy did not determine his cause of death, but cited "pending forensic analysis." That analysis, according to Department of Health and Social Services spokeswoman Jill Fredel, concluded the manner of death was accidental, reports The News Journal. The dog tested negative for rabies.

10/19/12: Investigation Continues
On Thursday, Fox 29 expanded upon the vicious dog attack just days before Robert Rochester died. Witness Adreanna Cruz said, "He started running in between the cars, the dog was just trying to attack him." Cruz added, "No cars would open the door for him, no cars, everybody was just beeping." Finally, a woman in a truck opened her door and drove Rochester to the hospital. The other loose dog1 was apparently not an aggressor and was returned to its owner.

On Friday, Kevin Usilton, executive director of the Kent County SPCA, told The News Journal, "Charges ... are still being compiled" against the owner of the dogs. The immediate autopsy did not show how multiple dog bites contributed to Rochester's death. Director of communications for the state Department of Health and Social Services, Jill Fredel, said the case is "pending forensic analysis." Also on Friday, the attacking German shepherd was euthanized for rabies testing.

A 51-year old woman was also injured in the attack suffering minor injuries. She told 6 ABC news on Friday, "[The dogs] had him on the ground and were chewing him up. He kept getting up and trying to get away. He tried to get into a minivan -- and they just drove off.2 This other woman let him get in her truck while we were calling 911." The two dogs then attacked a smaller dog being walked by its owner nearby. The unnamed owner of the two attacking dogs "faces a fine" thus far.

1A Black Russian Terrier (scroll). Both dogs belong to the same owner.
2Hopefully, the minivan license plate identification was noted by a witness.