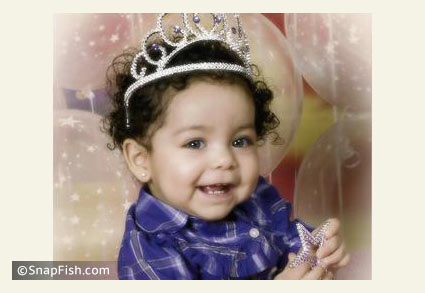 Inconsistent Statements
UPDATE 09/12/12: KVIA.com reports that statements made by the grandmother, Leticia Mesa, about events leading up to the savage attack were inconsistent, as was her knowledge of the dog's previous aggressive acts. The autopsy report shows the child was alone with the dog when she was attacked. "There's a difference between a crime and an accident," District Attorney Amy Orlando told KVIA.com. The Mesa family is responsible for the death of Jazilyn, Orlando said.

According to court documents, Leticia Mesa told police she and Jazilyn were in the backyard with the dog. She originally told police the baby was walking around and may have walked up to the dog's drinking water when it attacked her, documents show.

Three days later, documents show Leticia Mesa changed her story. According to documents, Leticia Mesa said she was actually carrying the baby in the backyard when the dog tried to pull her out of her arms. Police said Leticia Mesa told them she never let go of the baby.

The autopsy of the baby shows the baby was alone with the dog when she was attacked, despite what Leticia Mesa told police. The coroner's office said the baby had drag marks and 12 to 15 bites." - KVIA.com

09/11/12: Family Members Charged
Four months after our last update about the pit bull mauling death of Jazilyn Mesa, authorities have arrested and charged three residents of the home where the deadly attack took place. Leticia Mesa, 52, the child's paternal grandmother, is charged with negligent child abuse resulting in death. Arthur Mesa Sr., 57, and Jesus Mesa, 21, the child's grandfather and father respectively are each charged with one count of possession of a dangerous dog resulting in death.

Through interviews with individuals, Las Cruces Police detectives learned that the Mesa's pit bull, named Tyson, had demonstrated aggression toward people and dogs in the past. Jazilyn's mother and paternal grandmother had also expressed concern about the pit bull and had asked the Mesa family to get rid of the dog, according to police. When the Mesa family refused, Jazilyn's mother mandated that her child not be allowed anywhere near the dog when visiting the home.

Leticia Mesa was booked into the Dona Ana County Detention Center with a $15,000 bond.

05/11/12: Family Speaks Out
New information from KVIA.com reveals that Jazilyn Mesa was killed by her father's pet pit bull. Arthur Mesa, the baby's grandfather, said that Jazilyn was never allowed to be alone with the dog. Jazilyn had wanted to play outside and the grandmother was in the process of putting the dog in the kennel when it attacked. The grandmother tried to stop the attack, but the pit bull would not let the baby loose and drug her underneath the ground-level trampoline and continued attacking her.

"Art Mesa said Tyson was 2-years-old and had never bitten anyone before. He said baby Jazilyn was never allowed to be alone with Tyson. Mesa said he could never have imagined something like this could happen.

"The baby wanted to go outside, and play," Mesa said, sitting in the backyard where the baby was mauled. "So the procedure was, put the dog away because he's big, and played rough. So that's what they were doing -- taking the dog and putting it in the kennel. And it attacked."

Mesa said his wife jumped on Jazilyn to cover her but the dog would not let the baby loose. He said the dog then took the baby underneath a trampoline in the backyard. Mesa said his wife, Letitia Mesa, grabbed rocks and was hitting the dog with them." - KVIA.com

The pit bull turned its attention upon neighbor Barry Sander after he arrived with a handgun, according to Mesa. Snyder fired multiple shots at the dog, hitting it six times. One shot also hit the grandmother, Letitia Mesa, by accident. Both the baby and the grandmother were rushed to area hospitals. Jazilyn did not survive her injuries. Letitia has since been released from the hospital and is recovering at home. There is no confirmation at this time of negligent charges being filed.

Since 2005, DogsBite.org has recorded 5 fatal dog attacks in the State of New Mexico. 80% of these deaths are attributed to pit bulls. 80% of all victims have also been adults. Only one case resulted in criminal charges, the owners of the pit bulls that struck down Margaret Salcedo on Easter Sunday. The 2006 death of Juan Garcia was only located as recently as 2011. It is possible that there are additional unidentified fatal dog maulings between the years of 2007 to 2010.

05/09/12: Child Victim Identified
Police continue to investigate the most recent New Mexico fatal pit bull mauling. The deceased child has been identified as Jazilyn Mesa and was determined to be 15-months old. The incident also resulted in the accidental shooting of the child's paternal grandmother, Leticia Mesa, 52, who was shot by a well-intentioned neighbor who intervened with a firearm to stop the family pit bull from killing the child. Las Cruces Police said the woman's injuries are not life threatening.

Authorities say it is unlikely that the shooter, Barry Snyder, 69, will face any charges.

05/08/12: Child Killed by Pit Bull
Las Cruces, NM - In a developing story, there has been another fatal pit bull mauling in the State of New Mexico in less than one week. At the time of the incident, the child was in the backyard of her grandparent's home. The girl's 52-year old grandmother was accidentally shot in the leg after one neighbor intervened with a firearm to stop the pit bull attacking the girl. Both victims were transported to El Paso hospital. The child did not survive the injuries inflicted by the family pit bull.

A different neighbor, Chris Wollard, who heard the gunshots from about 100 yards away, also ran to the home to help. He looked into the backyard where he found the grandmother and child hiding underneath a trampoline. Wollard, a respiratory therapist, took the child and began giving her mouth-to-mouth resuscitation until paramedics arrived. Wollard told the Las Cruces Sun-News that the child was in "pretty bad shape." Police officials are continuing to investigate the child's death. 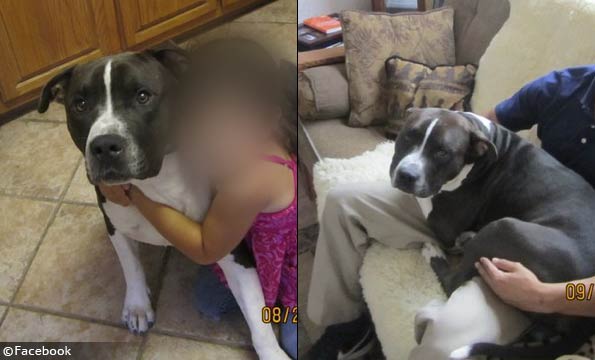 A male pit bull seen in the grandparent's home prior to killing Jazilyn on May 8, 2012.