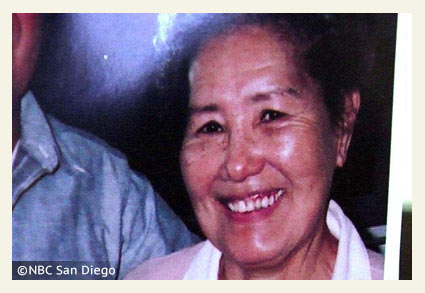 New Charges Filed
UPDATE 01/18/12: Authorities filed new charges against the owners of two pit bulls that savagely mauled a woman, who later died from her injuries. The new charges against Alba Cornelio and her daughter, Carla Cornelio, include involuntary manslaughter and death from a mischievous animal. Both pleaded not guilty. In a previous court hearing, their defense attorney, Donovan Dunnion, claimed that the dogs were "running away from a swarm of bees" at the time of the attack.

Alba Cornelio, 39, and her daughter, Carla Cornelio, 19, pleaded not guilty Thursday to new charges of involuntary manslaughter and death from a mischievous animal.

The mother and daughter were previously arraigned on multiple other criminal charges, including serious bodily injury from a mischievous animal, failure to provide public protection from dogs, owning or having custody of a dangerous animal/dog causing injury and failure to restrain a dog. - NBC San Diego

12/27/11: Suffers Another Amputation
New information about the death of Emako Mendoza has been reported. In the months following the June 18 mauling, Mendoza underwent eight surgeries after the two immediate amputations. Less than three weeks ago, her right leg was also amputated due infection within the bone. After months of attempted rehabilitation, Emako's heart stopped on Christmas Eve. Her husband James Mendoza said, "She was so tired ... she wanted to come home so bad. But she didn't make it."

Emako Mendoza was bitten at her home the morning of June 18 as she went outside to get a newspaper. Following the incident she suffered a heart attack, and her left arm and leg had to be amputated.

In the months that followed, Mendoza underwent eight surgeries. Less than three weeks ago, her right leg was also amputated because of infection within the bone.

After months of attempted rehabilitation, Mendoza’s heart stopped the day before Christmas. Her husband of 54 years, James, said Mendoza had been through a terrible ordeal.

"You wouldn’t imagine something like that would happen in your own private backyard," he said. "She thought she was safe." - NBC San Diego

12/27/11: Pit Bull Attack Victim Dies
San Diego, CA - 76-year old Emako Mendoza, who was nearly mauled to death by her neighbors two pit bulls in June, died on Christmas Eve, according to a family member. Mendoza was hospitalized in critical condition following the June 18 mauling and underwent the amputation of her left arm and left leg. It's unknown at this time if authorities will file new charges against the owners of the pit bulls, Alba Medina Cornelio, 39, and her daughter, Carla Ramirez Cornelio, 19.

Both are charged with felony counts of having a mischievous animal that causes serious bodily injury and six misdemeanor code violations, including failing to protect the public from a dog and owning a dangerous dog. They each face more than three years in prison if convicted.

According to testimony at a preliminary hearing, Emako Mendoza was attacked in her fenced-in yard right after she went outside to get the morning paper.

Witnesses testified that the pit bulls got through a gap in the fence, ripping a hole near a metal gate that the victim had installed to bridge the gap in the fence between the two properties.

Prosecutor Makenzie Harvey alleged the defendants knew they had dangerous dogs because the same two pit bulls escaped from their yard on Christmas Day 2010 and attacked a man who was walking his puppy. The puppy suffered a broken jaw and the man was bitten. - 10 News 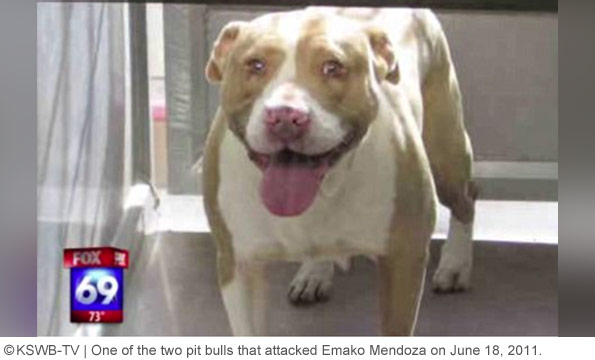 Baseline reporting requirements:
Law enforcement departments across the United States should release consistent "baseline" information to the media and the public after each fatal dog mauling, including these items.
Tweet
Share7
Tweet
Share7
Donate Now